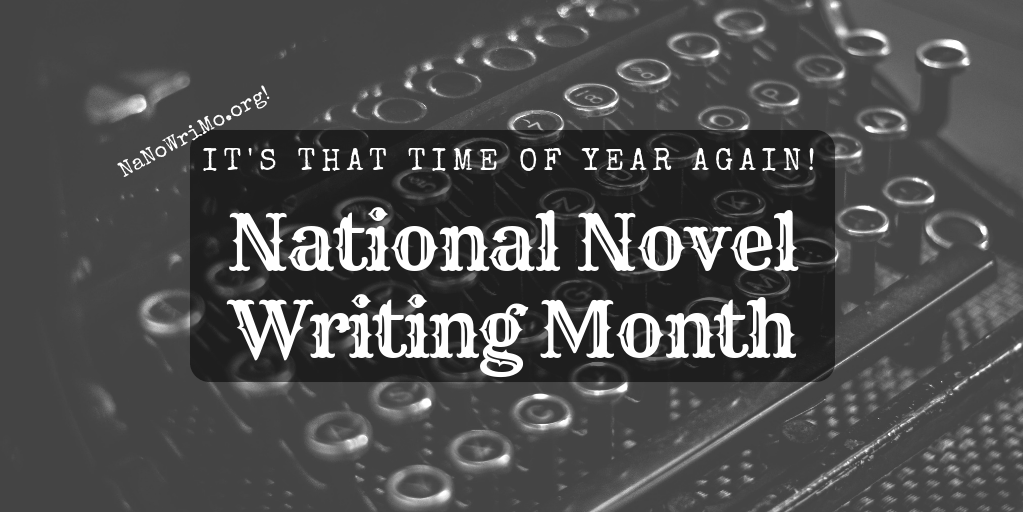 It’s that time of year again, folks! NaNoWriMo is back!

Last year I jumped in with vague impressions of a story and sank, but this year, I’ve got myself an outline, a plot, and an ending.

I don’t know if the political climate is right for the original Sisters. I started it before a certain election. And despite the fact that I have disclaimers plastered everywhere, I am still wary about publishing it. I don’t want to give up entirely because I put a lot of research into it, and let me tell you, researching Evil in WWII will make your gut churn.

Dick said that he had “started several times to write a sequel”, but progressed little, because he was too disturbed by his original research for The Man in the High Castle and could not mentally bear “to go back and read about Nazis again.”

Moving on from the dark and depressing…

Since there is a world of characters and places that already exist in my head that I’m not ready to toss into the Great Void yet, I started looking at other alternate endings to WWII, and Behind the Iron Eagle (BTIE) was born.

In BTIE, the allies dispersed after a grave disagreement over the handling of a defeated Germany. Only the Red Army remained as an occupying force in the end. Japan and the United States was at a stalemate, signing a non-aggression pact where Japan got Hawaii, and the US was awarded a lucrative manufacturing contract. Everything seemed to be going well after 1945 for the US and Japan. Their newly minted friendship created an economic boom.

But the great bear grew hungry. In 1955, the Soviet Union invaded the United States and defeated her.

The characters from Sisters return in BTIE. The People’s Republic of the United States is their way of life. They know nothing else, but is it a better life than the one we enjoy today?

Only time will tell as I trek through NaNoWriMo to write their journey!

If you are doing NaNoWriMo this year and would like to add me as a writing buddy, feel free!

High Castle in the News!